This piece was created over the course of a year and half. Having just moved to Baltimore for graduate school I had become almost too focused on my work, not attempting to create much of a life. Feeling isolated and anxious working in my studio by myself I was curious about what happened during the week at the bar that I worked at (Friday and Saturday nights). The bar slowly began to feel like a home (both the people and the space); it’s what made me like Baltimore. I found myself sitting at the same seat at the end of the bar once a week for around 6-7 hours with no pre-conceived plans. I would respond to the same objects and began to accumulate a mass of charcoal, graphite, and ink drawings of wine bottles, light fixtures, light bulbs, and corners of the bar in my studio where I would re-attach them; the work done at the bar impacting my other work. Bars are places to socialize yet I found myself drawing with headphones on, human interaction readily available when I needed a break. There was a particular comfort in knowing that I could find connection being in a public place (rather than my studio) but my expectations almost always fell short; the last call light exposing the realities of vapid drunken exchanges. What I was left with was a record of memories through my drawings. I also began to think about the balance between obsession and reflection as well as the impact that light has on triggering memory. Memories are recollected differently each time, sometimes forming almost concretely before becoming slightly abstracted as they move in and out of lucidity. 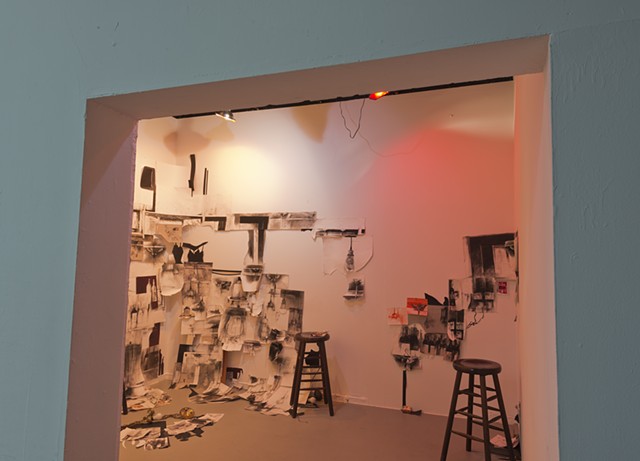 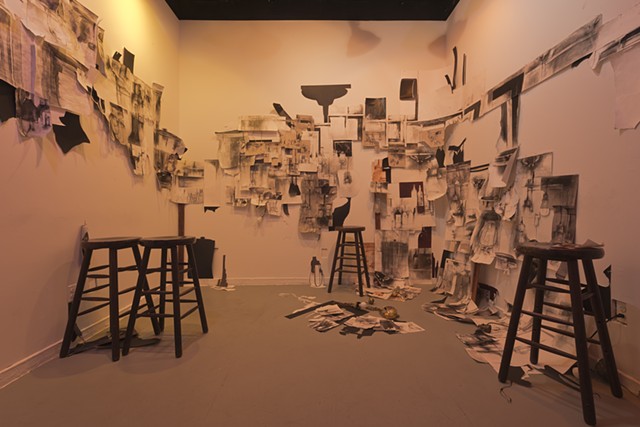 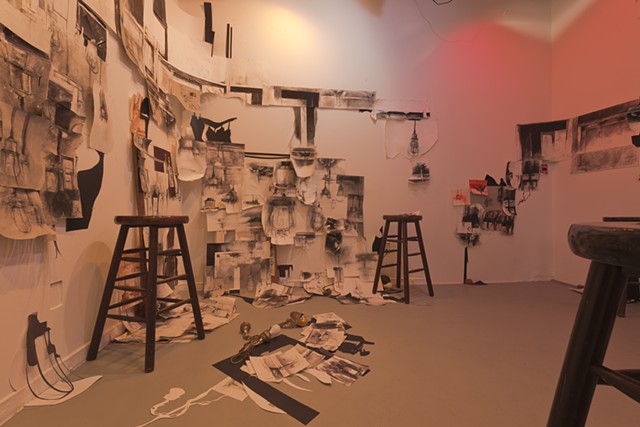 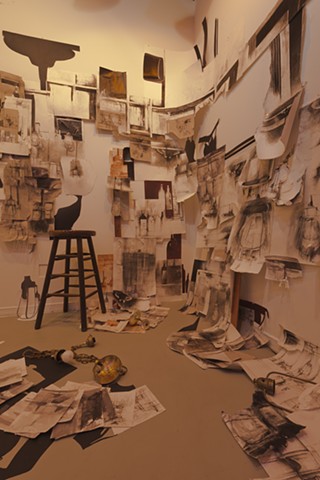 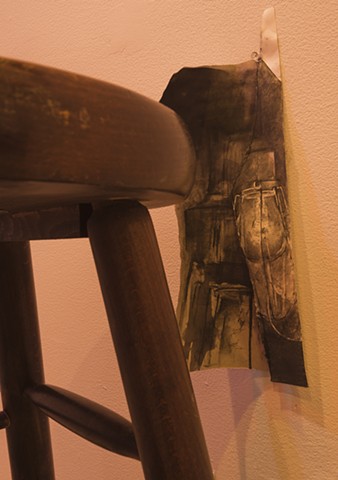 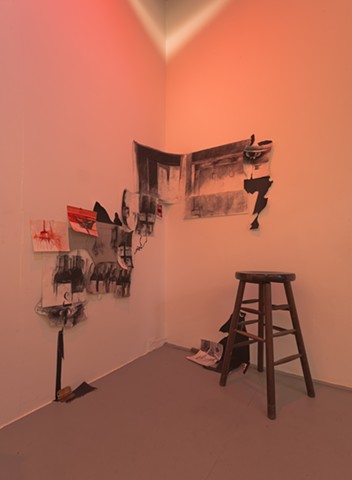 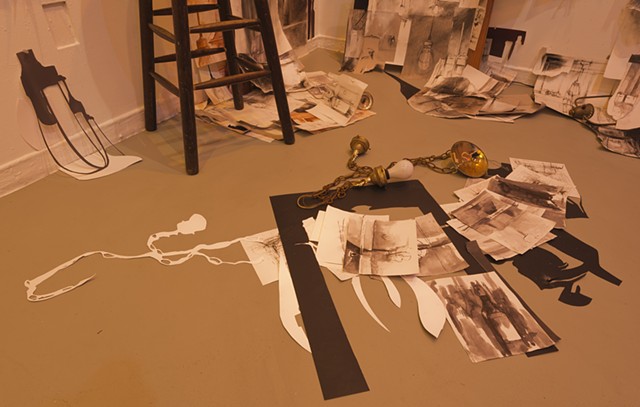 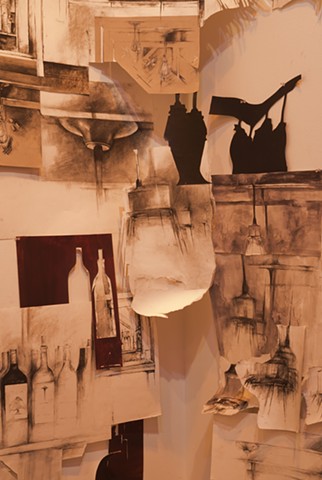 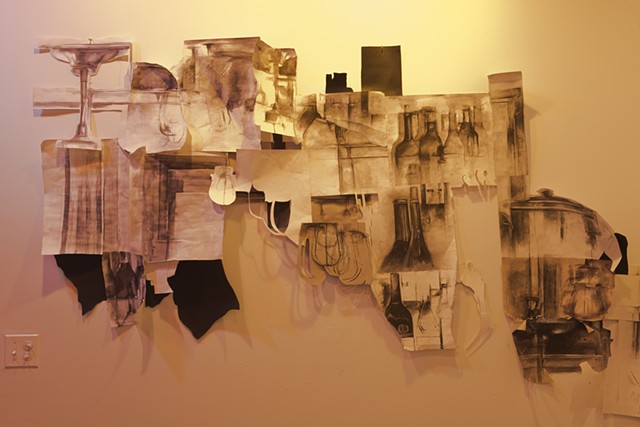 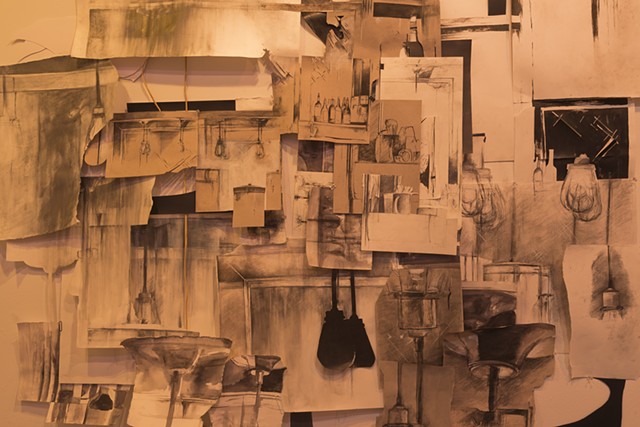 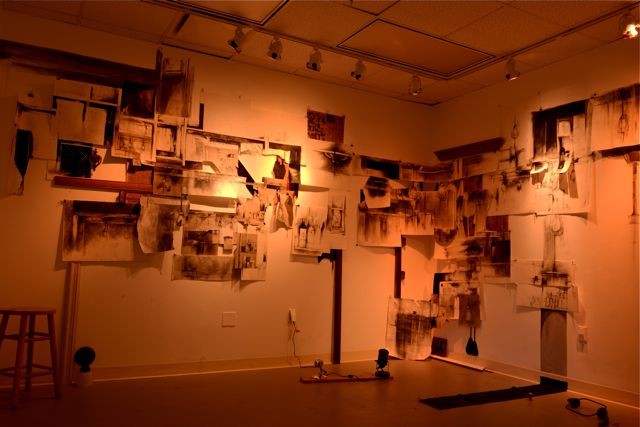 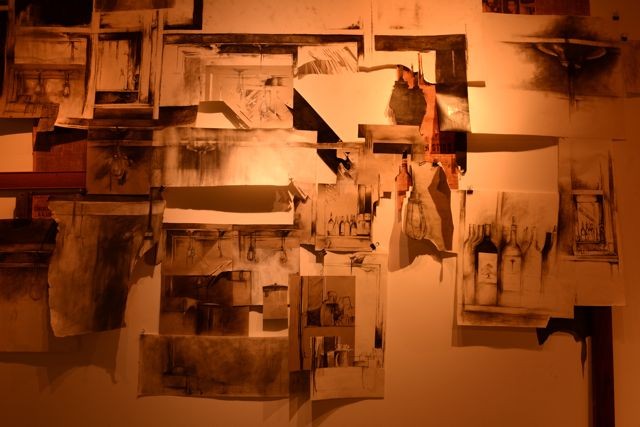 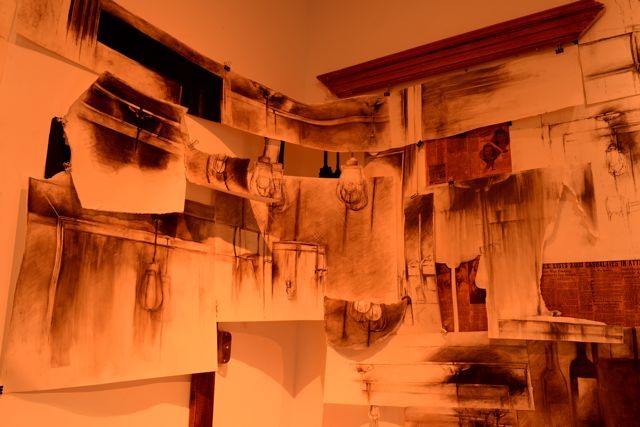 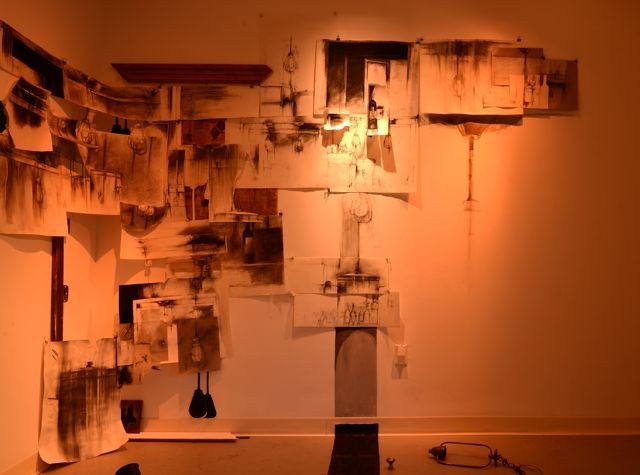 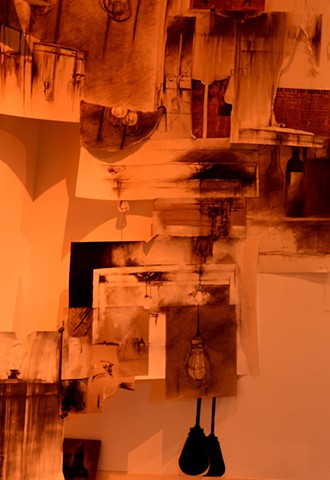 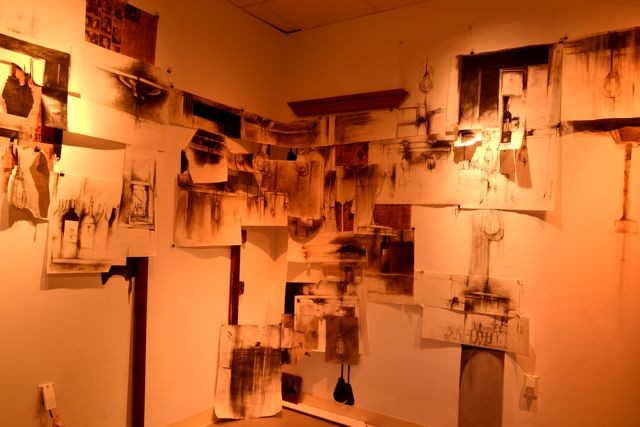 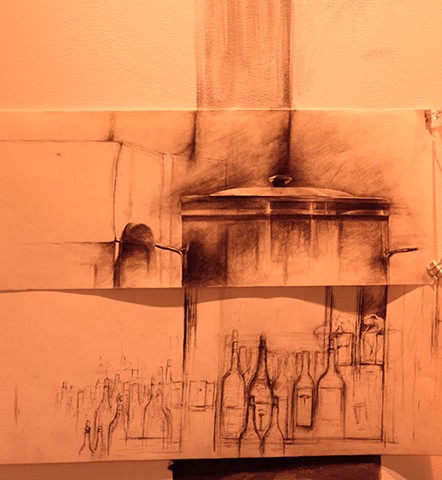 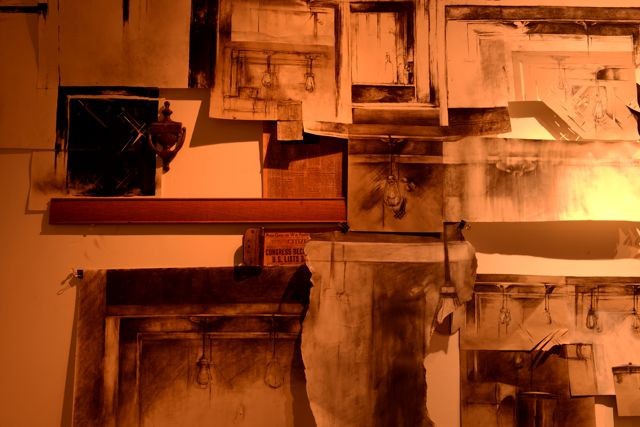